One We Корейская Группа биография 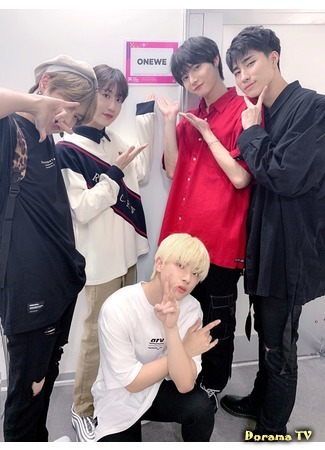 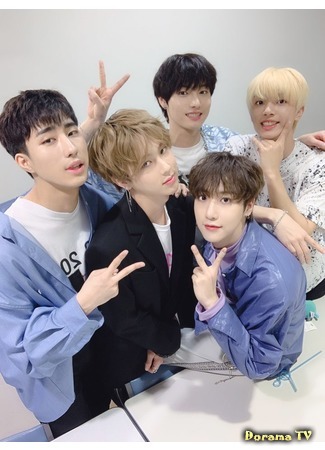 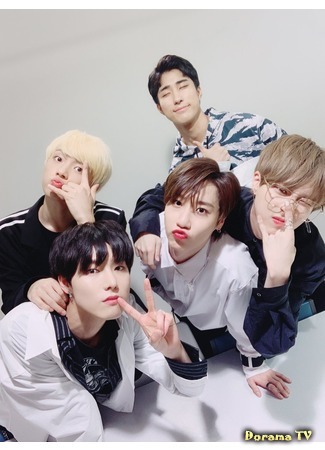 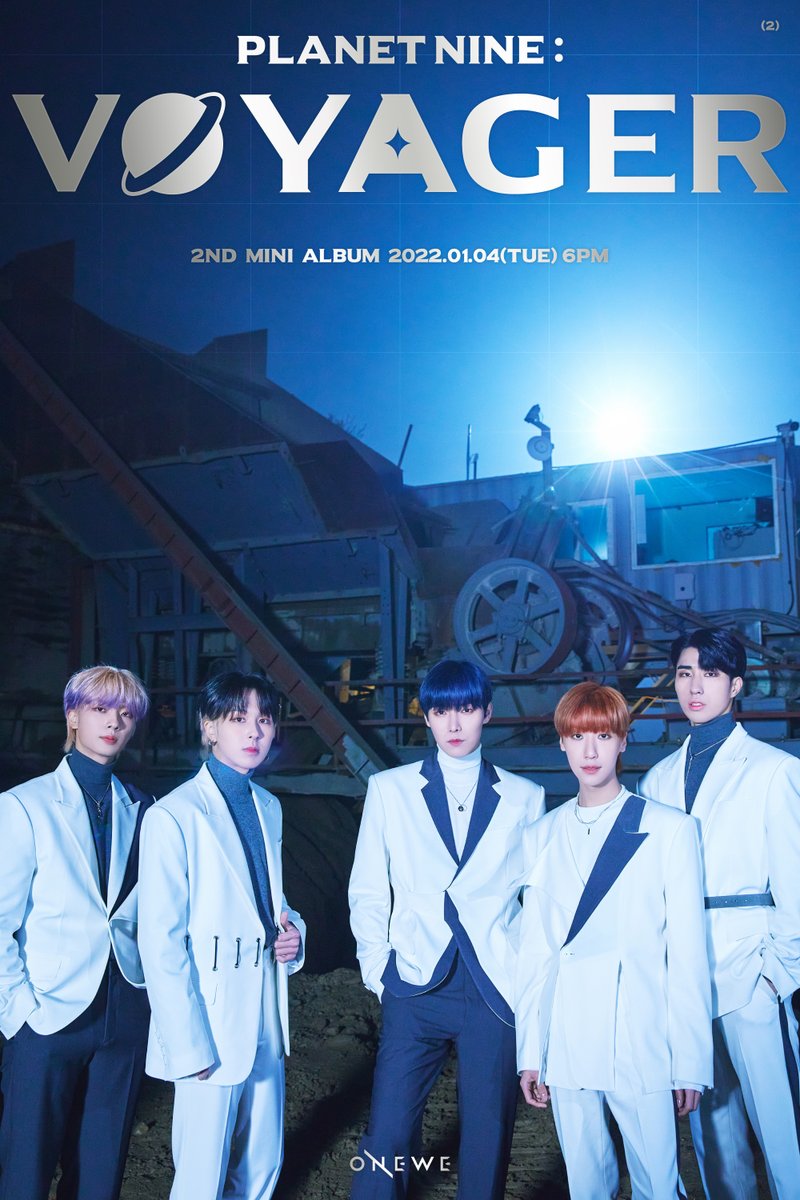 ONEWE (원위) consists of 5 members: Yonghoon, Harin, Kanghyun, Dongmyeong, and CyA. ONEWE was originally known as MAS 0094 and debuted under Modern Music in August 2015. The band moved to RBW in June 2017 under the name MAS. The members officially re-debuted with the name ONEWE under RBW Entertainment in May 13, 2019. 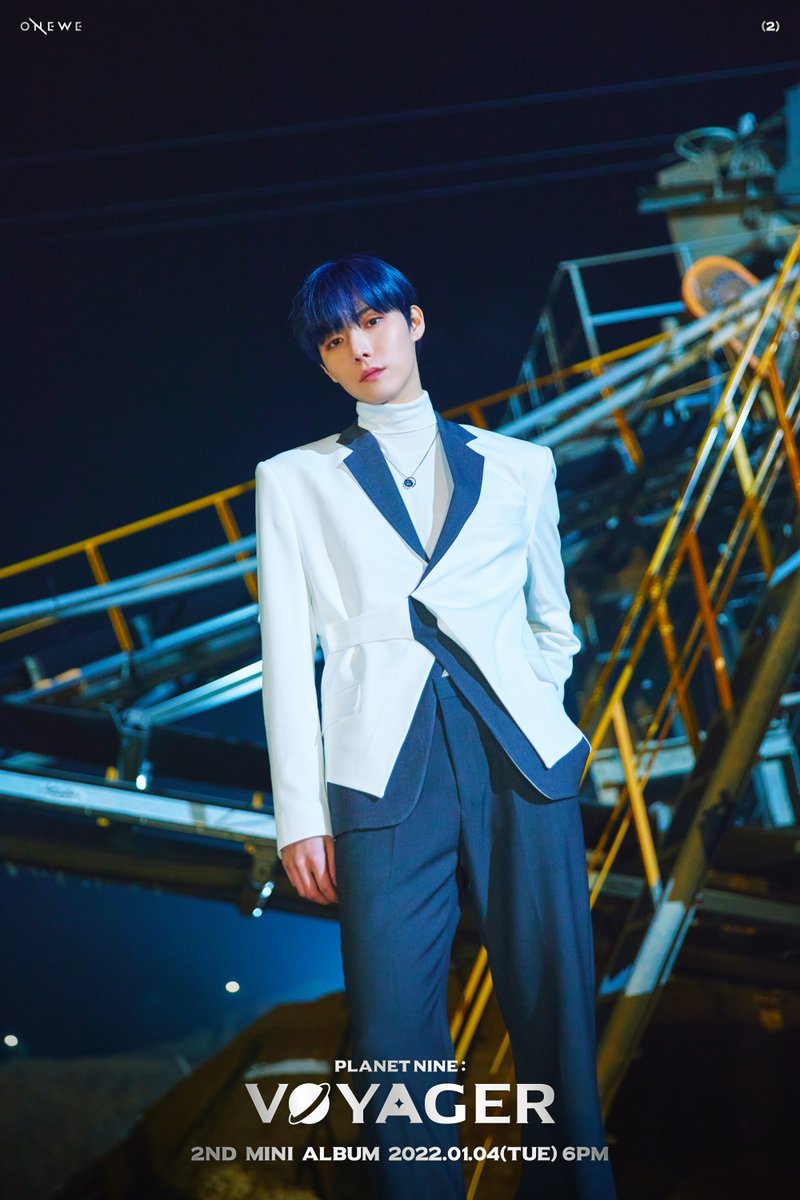 Yonghoon Facts:
– Yonghoon won in a music competition where he met and was invited by the other members to join the band. (KBS Concert Feel)
– His special talent is whistling and tying his shoelaces quickly
– Yonghoon used to play soccer
– He is afraid of dogs
– Yonghoon was a contestant on The Unit. (Rank 59)
– His hobby is watching movies. (The Unit profile)
– Charming point: honey voice. (The Unit profile)
– His specialties are writing songs, playing the guitar and piano. (The Unit profile)
– He was the one who recorded the whistling parts in Solar’s (MAMAMOO) “Where the Wind Rises” and ONEUS’ “A Song Written Easily”.
– Yonghoon sometimes stays up to 3-4 am working in the studio.
– Yonghoon’s first time was petting a dog was in 2018.
– There is a running joke that Yonghoon likes to write the songs about his first times. This is because he wrote about his first time petting a dog and wanted to write a song about his first time on ASC.
– He was a former CUBE Entertainment trainee.
Show more Yonghoon fun facts… 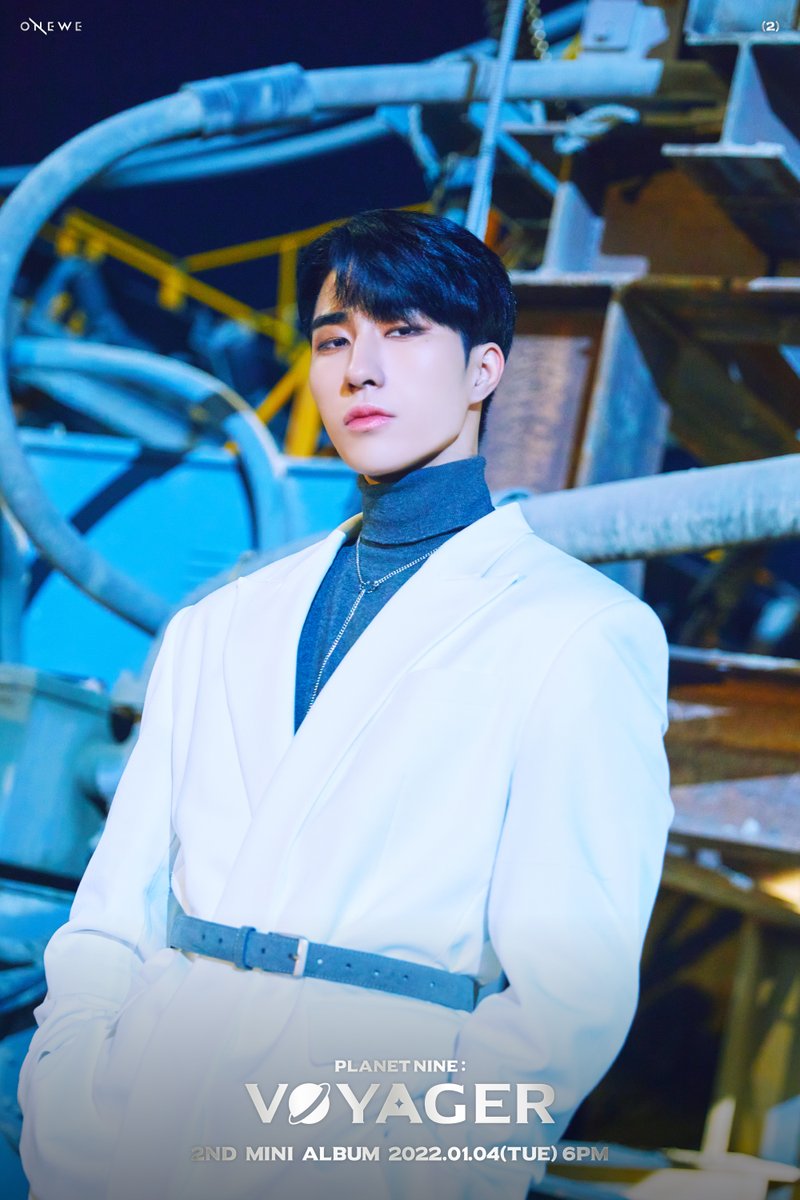 Harin Facts:
-Harin, Cya and Kanghyun were the first members to form the group. (KBS Concert Feel).
-Harin is the best at cleaning in the group
-He knows how to beatbox
-He can do a magic trick with a dove
-Charming point: onion-like person (able to show various charms). (The Unit profile)
-Harin was the leader of his school’s environment club
-Harin, Kanghyun, Dongmyeong and Cya were in Solar’s (MAMAMOO) MV for “Its Been a Long Time”.
-According to Cya, Harin is in charge of doing repairs. (K-Diamond TV)
-He can render a song to the piano just by listening to it, although he doesn’t know the chords.
-Harin was a contestant on The Unit (Rank 54)
-His hobbies include making things (cooking, plastic models, furniture, etc.) and exercising. (The Unit Profile) 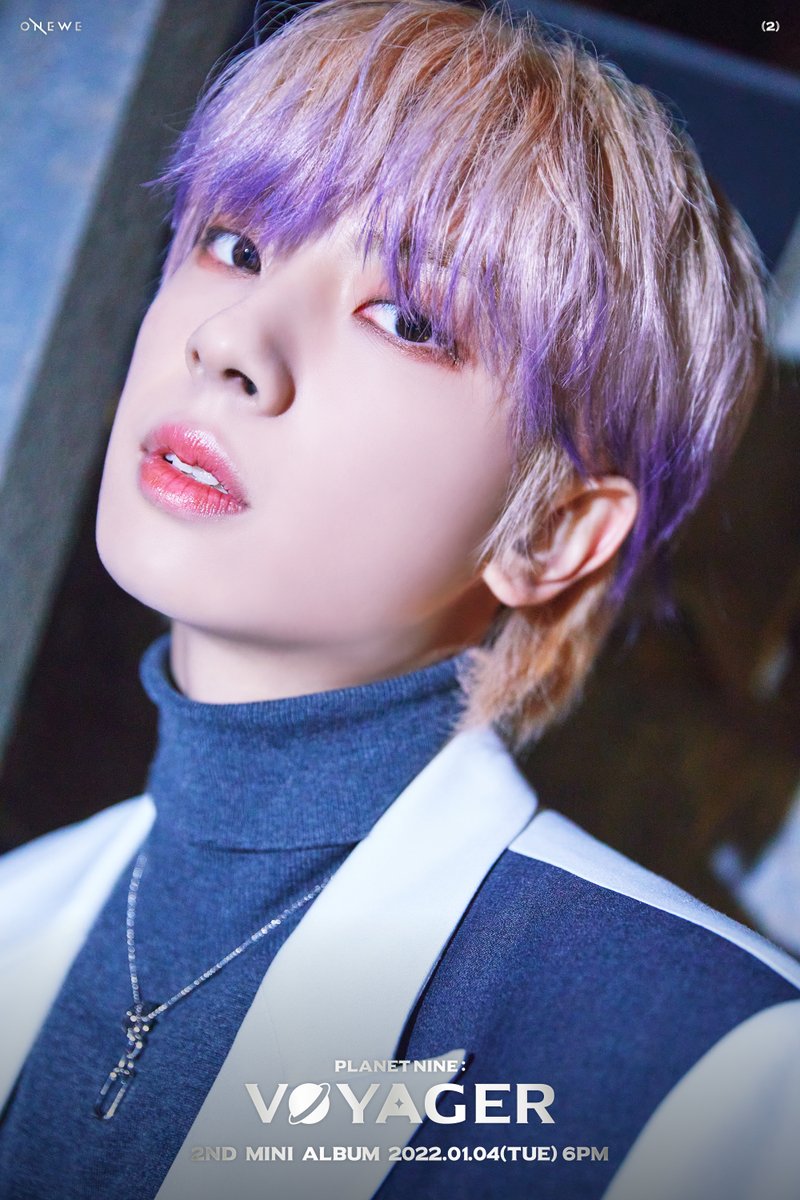 Kanghyun Facts:
-Kanghyun is the former leader of the group.
-Kanghyun was originally supposed to be a kendo athlete but decided to pursue music instead
-Kanghyun, Harin and Cya were the first members to form the group. (KBS Concert Feel).
-His nickname is Pingu (the animated penguin).
-His favorite guitar brand is Gibson. (V Live)
-His hobby is reading.
-His idol is Steve Wonder.
-Kanghyun and Harin were friends since childhood.
-Kanghyun helped write and compose Regulus after reading the book Little Prince with the help of CyA
-When Kanghyun was going to take his college entrance exam he got so nervous that instead of pressing the button for the 3rd floor he pressed the emergency button causing the alarms to go off
-Charming point: Mood maker by playing BGMs with his guitar for different situations. (The Unit profile)
-His kindergarten teacher gave him his cycling license
-He has 7 to 8 medals from kendo competitions.
-Harin, Kanghyun, Dongmyeong and Cya were in Solar’s (MAMAMOO) MV for “Its Been a Long Time”.
-He was in Monday Kiz’s MV for “If You Leave Me Now”.
-Kanghyun was a contestant on The Unit (Rank 61) 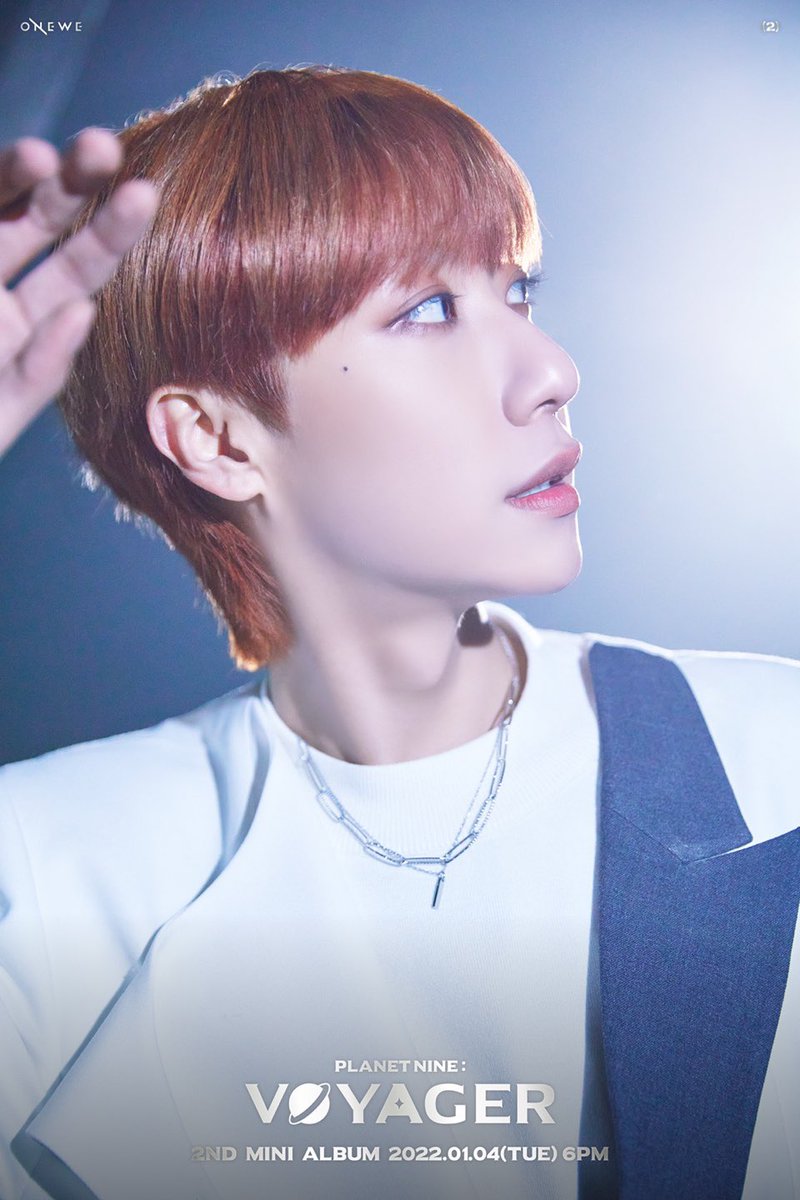 Dongmyeong Facts:
-He has a twin brother named Dongju (Xion from ONEUS). He is the older twin by a minute.
-Dongmyeong’s nickname is Spoiler Fairy (V Live)
-He graduated from SOPA with a Special Achievement award which he really wanted to receive (V LIVE).
-Dongmyeong’s nicknames are Spoiler Fairy, Dolmaeng-ie and Dong-kachu.
-He has a signature move called “Dongmyeong Gymnastics”.
-Dongmyeong and Cya are best friends, even before the band was formed. (KBS Concert Feel)
-Cya was the one who invited Dongmyeong to join the band when the first three members thought that they needed a vocalist. (KBS Concert Feel)
-The members agree that Dongmyeong is the cutest member.
-He placed first in a children’s song competition.
-He was the president of his class and vice-president of the student committee. (Pops in Seoul)
-He usually pulls pranks on the members.
-Charming point: laughs a lot. (The Unit profile).
-Dongmyeong would want to write a song called “English is hard” for his time on ASC
-Dongmyeong’s said his embarrassing story is when he thought his mom was next to him and he started taking about personal things but it turned out to be a stranger.
-Dongmyeong has the most energy out of the members
-Dongmyeong was the MC for V HEARTBEAT WEEKLY’s K-Pop Chart & News along with his twin from ONEUS
-Dongmyeong has a birth mark on his left ear (V Live)
-Harin, Kanghyun, Dongmyeong and Cya were in Solar’s (MAMAMOO) MV for “Its Been a Long Time”.
-Dongmyeong was a contestant on Produce 101 (Rank 68)
-Dongmyeong was a contestant on The Unit (Rank 16)
-He was part of the group “Hoonams” from The Unit and had an official MV for the song “All Day”.
-Dongmyeong and Cya are roommates (K-Diamond TV).
-He is close friends with Hangyul (X1), Jun (U-KISS), Feeldog (former BIGSTAR) and Chan (A.C.E)
-The members agreed that Dongmyeong is the best at dancing among them (AKMU Suhyun’s Volume Up) 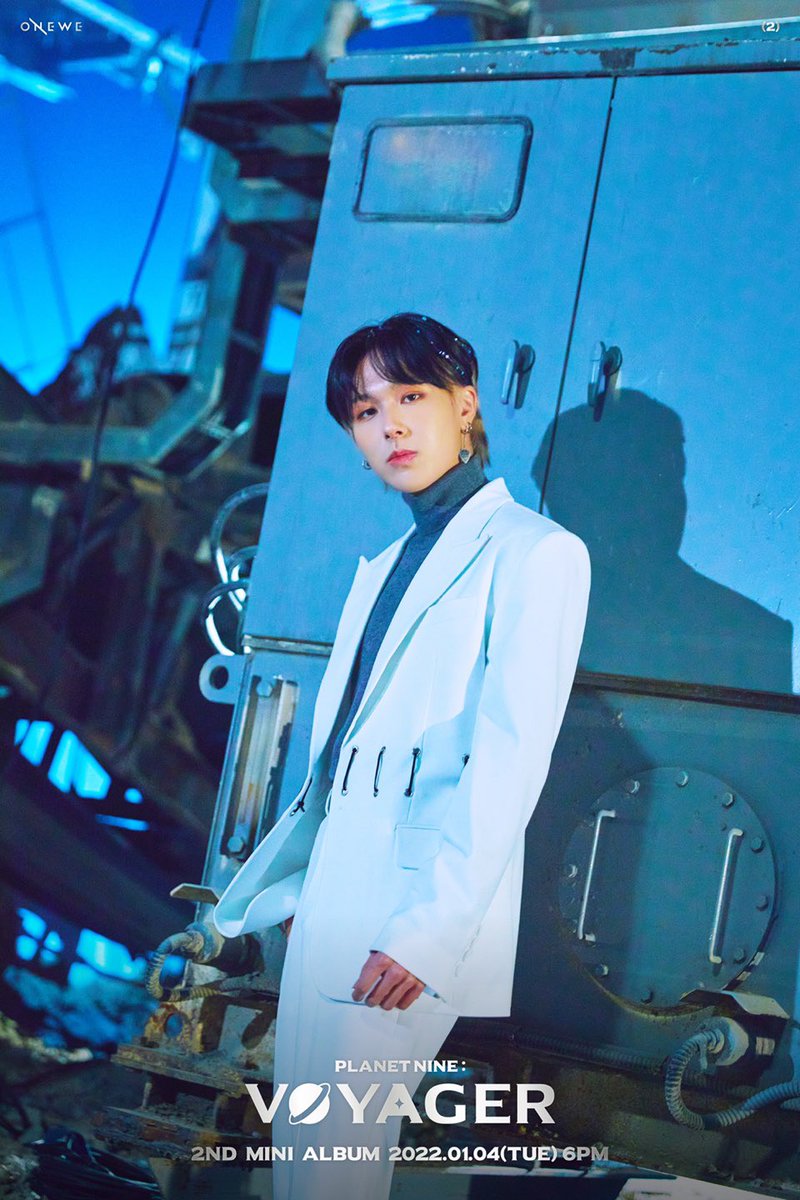 Cya Facts:
-CyA, Kanghyun and Harin were the first members to form the group. (KBS Concert Feel)
-CyA and Dongmyeong are best friends, even before the band was formed. (KBS Concert Feel)
-He is a really big fan of Big Bang.
-His stage name “CyA” was named after “Cyane” from Greek Mythology.
-CyA is left-handed but he can use and play a right-handed bass.
-CyA is really good at basketball and placed 3rd at a basketball competition
-Charming point: his eyes. (The Unit profile)
-Harin, Kanghyun, Dongmyeong and CyA were in Solar’s (MAMAMOO) MV for “Its Been a Long Time”.
-CyA was featured in The Miracle’s OST “Promise” along with Donghyun of Boyfriend.
-He was featured in Purple Kiss’ “Zombie” MV.
-CyA was a contestant on The Unit (Rank 60)
-He can imitate owl sounds.
-CyA has mentioned multiple times he wants to get a dog and name it Gyuki. This is referenced in the song Love Me & his rap track on his Soundcloud by the same name.
-He was classmates and close friends with Sunwoo of The Boyz and created together a 4 member crew called NAMED LATE.
-He produced ONEUS’ “Crazy & Crazy”.
-CyA and Dongmyeong are roommates (K-Diamond TV)

Note: Please don’t copy-paste the content of this page to other sites/places on the web. If you use info from our profile, please kindly put a link to this post. Thanks a lot! 🙂 – Kprofiles.com

Profile made by Sam (thughaotrash)

Note: Dongmyeong revealed on Instagram Story (Jan 2022) that he re-took the MBTI test and his result changed to Introverted from Extroverted. 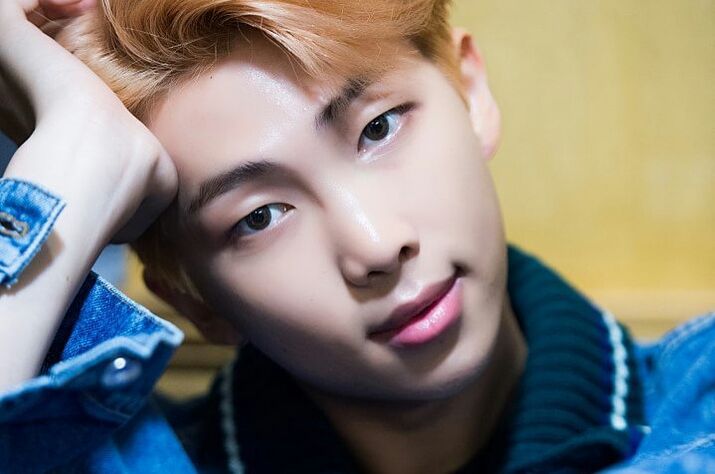 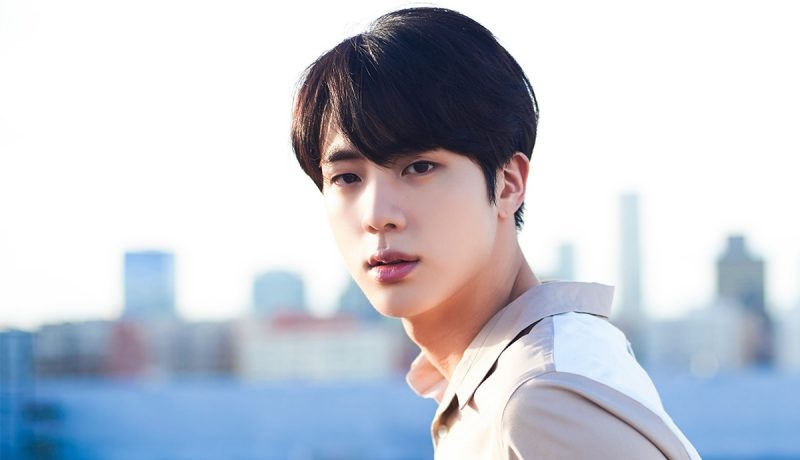 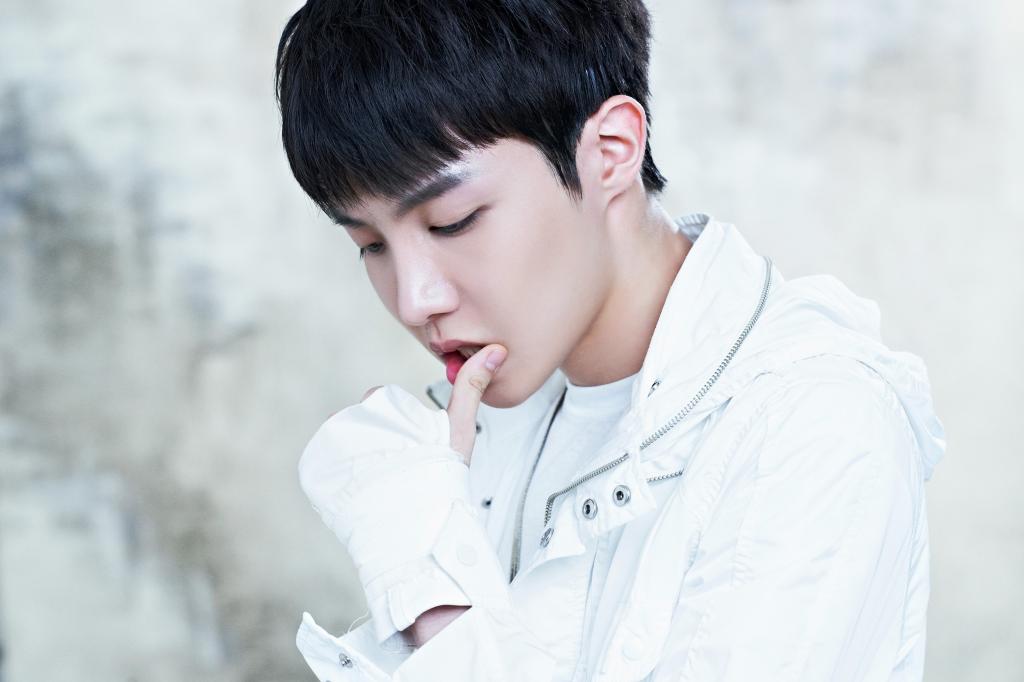 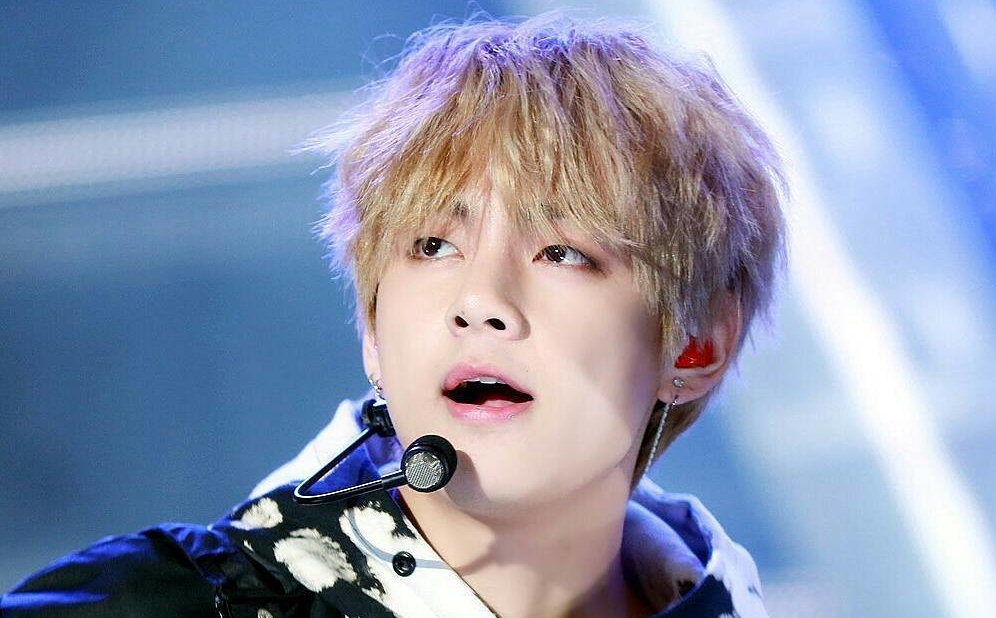 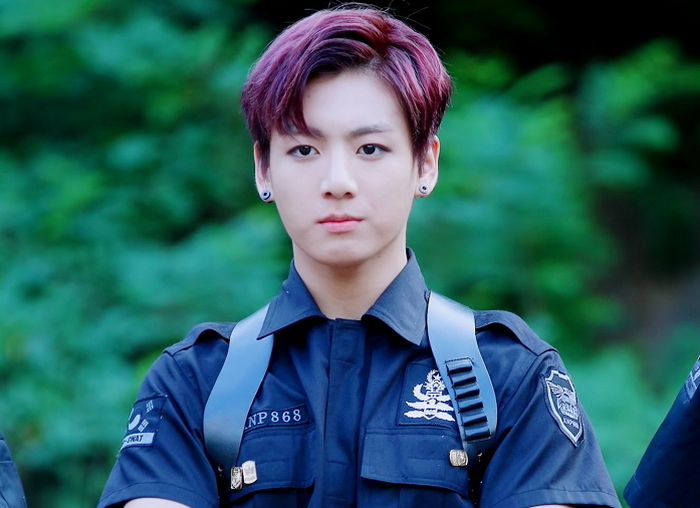 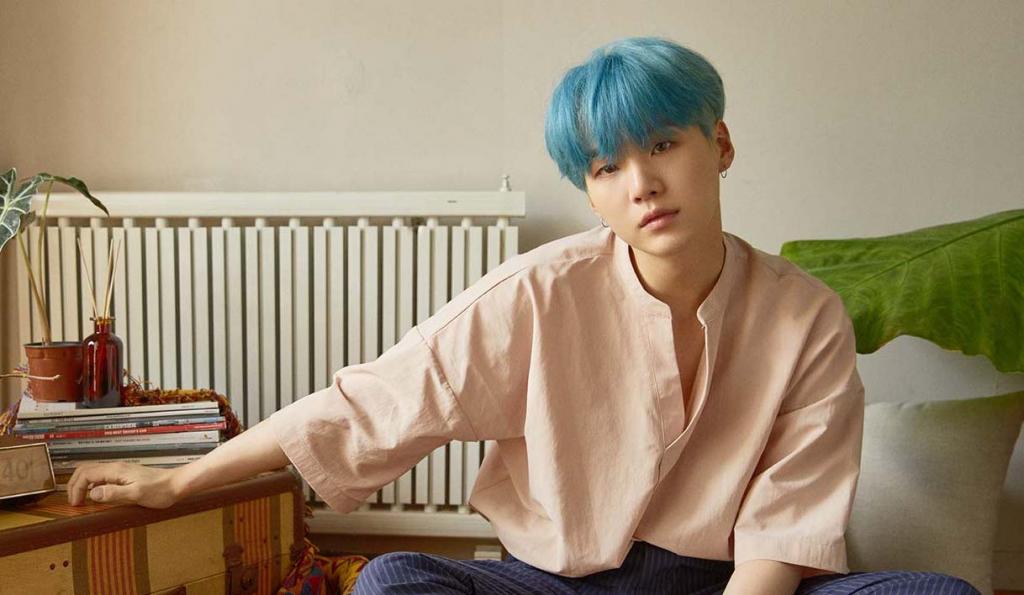 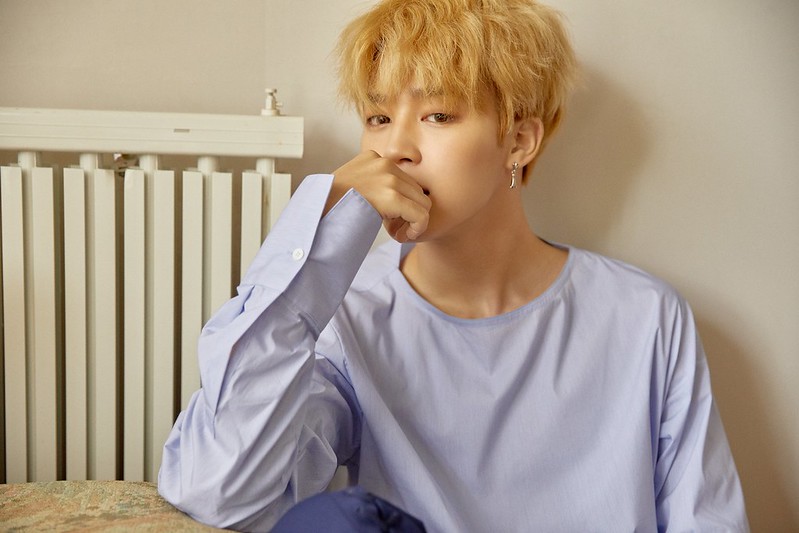 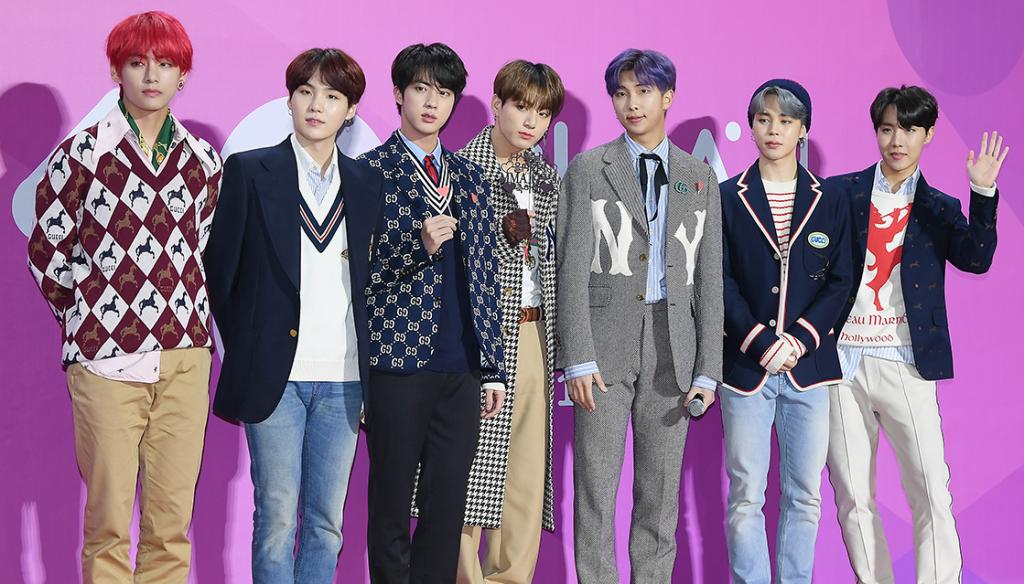 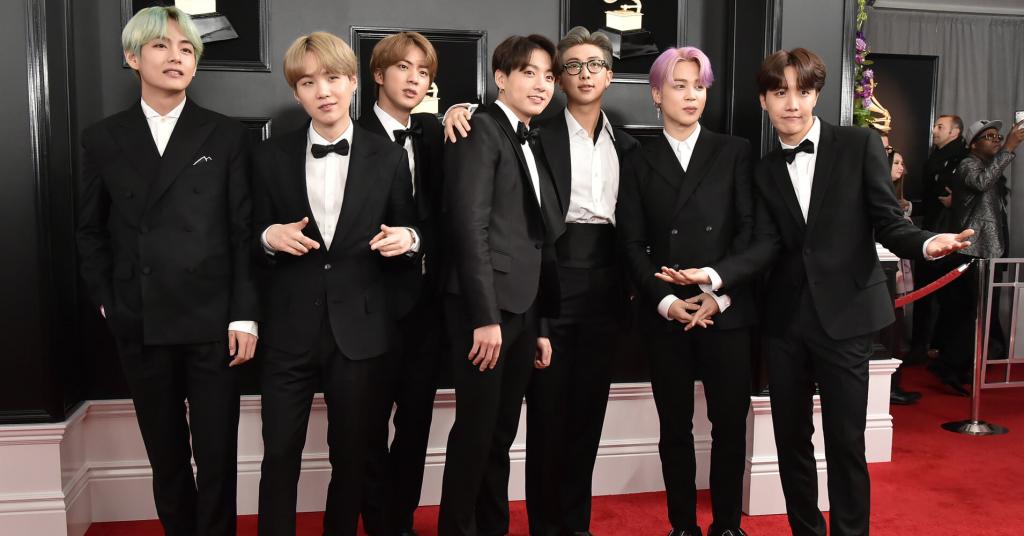