Yuri Nikulin (1921-1997) goes down in history as a most popular Russian cinema and circus actor, one of the best clowns of the 20th century, and the head of the Tsvetnoi Boulevard circus, which has been named after him. Recently numerous disciples and admirers of Yuri Nikulin have celebrated the 85th anniversary since his birthday.

Yuri Vladimirovich Nikulin was born on December 18, 1921, in Demidov town, Smolensk Region. In 1925 the Nikulins moved to Moscow, where the head of the family, Vladimir Andreyevich, turned to writing for variety shows and circus. Later he worked in newspapers and conducted a drama circle at school his son went to.

Shortly after Yuri Nikulin finished school he was drafted to the army, to serve in flak forces. As a soldier he participated in the Finnish war and the Great Patriotic War, including the defense of Leningrad and thus he served from 1939 to 1946. 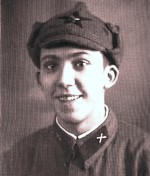 Upon demobilization in 1946 Nikulin attempted to enter VGIK (the All-Union State Institute of Cinema), GITIS (Russian Academy of the Theatre Arts), Shchepkin Drama School, other drama art schools and colleges, but to no effect. Finally he found himself at the clownery school attached to the Moscow Circus on Tsvetnoi Boulevard. In this circus he worked after graduating, and many years later became its principal stage director. At first Yuri Nikulin worked under the famed clown Karandash and then started performing with his own original turns accompanied by his constant stage partner Mikhail Shuidin. Later on this clown duet gained success and fame all over the world.

Nikulin made his debut in cinema with the role of an ill-starred fireworker in the film Devushka s gitaroy (A Girl with Guitar) (1958), which attracted to him attention of huge audience. The first success was followed by the role of Klyachkin in the comedy Nepoddayushchiyesya (The Unamenables) (1959). 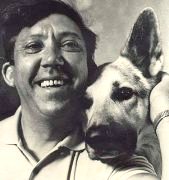 No one could probably expect at that time that Yuri Nikulin would play one of his best roles in a drama film. Nevertheless, the film director Lev Kulidzhanov invited the comedian to star in the profoundly psychological drama Kogda derevya byli bolshimi (When the Trees Were Tall) (1961). In 1964 Nikulin starred in another “serious” film Ko mne, Mukhtar! (Come Here, Mukhtar!) directed by Semyon Tumanov after Izrail Metter’s book. 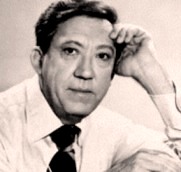 One of the best Soviet comedies is indisputably Brilliantovaya ruka (The Diamond Arm) (1968), which substantially owes its immense popularity to the naive and childly spontaneous character Semyon-Semyonych Gorbunkov played by Yuri Nikulin.

Among the actor’s other achievements in cinema one should mention his brilliant role of the military journalist Lopatin in the talented film Dvadtsat dney bez voyny (Twenty Days Without War) (1976) by Aleksei German. After all, Yuri Nikulin acted in films by such renowned directors as Rolan Bykov, Eldar Ryazanov, Andrei Tarkovsky, Sergei Bondarchuk, etc. The fact speaks for itself.

All his life Yuri Nikulin was fond of funny stories, which he started collecting while serving the army; the hobby later resulted in the TV show “White Parrot Club” and jest-books “From Nikulin”. 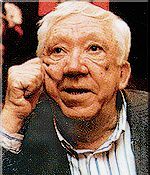 Yuri Vladimirovich Nikulin died of complications after a heart operation, on August 21, 1997.

He said: “It is very important to be able to laugh and cry, to rejoice over one’s own and others’ victories, not to feel angry, not to envy. I dream there will once appear a formation of kind and wise people on the Earth. Live in peace and accord and remember that every second of laughter adds a minute of life.”

The great person and the great artiste Yuri Nikulin is destined to live long in the memory if people.

He was born Yuri Vladimirovich Nikulin on December 18, 1921, in the town of Demidov, Smolensk province, Central Russia. His father was a writer and director who worked for theater and circus. Yuri Nikulin had a dream of becoming an actor. The Second World War changed his plans as he was drafted in the Soviet Army in 1939 and served in a tank unit until 1946. After the war he came out a changed man. He could not get in any Soviet acting school for a few years, until he went to the Moscow Circus. There he was admitted after presenting a pantomime as a clown. He graduated from the Circus School in 1950, and started his acting career as a clown at the Moscow State Circus.

Nikulin’s effortless style and precise delivery, as well as his mastery of timing and his hilarious masks made him an outstanding comedian, arguably the best Russian comedian ever.

Yuri Nikulin received popular and critical acclaim for his leading and supporting roles in such films as ‘Andrei Rublev’ (1961), Oni srazhalis za rodinu(1975), ‘Stariki-razboyniki’ (1971), ‘Chuchelo’ (1983), ‘Kogda derevya byli bolshimi’ (1961), ’12 stulev’, ‘Dvadtsat dney bez voiny’ (1976), and many other memorable works in film. Nikulin’s recording of the theme song from Brilliantovaya ruka (1969), especially his delivery of such lines as «We care less» and «We are fearless» made it a popular hit in the 60s and 70s Soviet Union.

During the 1990s Nikulin hosted ‘Bely Popugai’ (aka.. White Parrot), a hilarious TV show where he gathered the crème de la crème of Russian comedians.

The Moscow State Circus on Tsvetnoi Bulevard was the main workplace for Yuri Nikulin, where he had a career spanning about 50 years. He was awarded the honorable title of the National Artist and received numerous decorations for his achievements as an actor. Yuri Nikulin died after an open heart surgery, on August 21, 1997, in Moscow 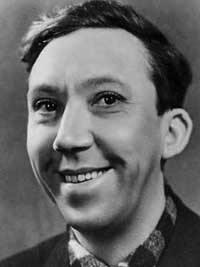 Nikulin was born just after the end of the Russian civil war, in Smolensk in Western Russia. His mother was a garage supervisor and his father a writer of satirical articles — «a profession which may have influenced [Nikulin’s] future career». Nikulin served in the Soviet Army during the Great Patriotic War and the Winter War with Finland. He reportedly had a comparably «long period of military service, from 1939 to 1946, preparing to be demobilised just when the German invasion of the Soviet Union began in 1941.

He first took up clowning in 1944 when a political officer in his battalion, impressed by his repertoire of jokes, ordered him to organise entertainment for the division, which he did with resounding success. Encouraged, once the war ended, Nikulin reportedly «tried unsuccessfully to enter drama college before answering a newspaper advertisement recruiting trainees for the Clown Studio at Moscow’s Tsvetnoy Boulevard Circus.»[1] The several acting schools and theatres rejected Nikulin allegedly due to «lacking artistic talent». However, he did find initial success at the Circus and qualified as a fully-trained clown in 1950, and never abandoned his links with the circus. He met his wife, Tatyana, there, and in 1982 became the director of the Moscow Circus, a post he held until his death. His son, Maxim, is now a circus administrator.

His screen debut came in 1958 with the film The Girl with the Guitar. He appeared in almost a dozen major features, mainly in the 1960s and 1970s, «but his ascent to star status was assured by a handful of short films directed by Leonid Gaidai.»The first of these, Bootleggers (Russian: Samogonchiki or The Moonshine Makers, 1961> was also the first where Nikulin was featured as a character named Fool in a Marx Brothers-like trio, along with Georgy Vitsyn as Coward and Yevgeny Morgunov as Experienced. In former Soviet republics he is particularly well-known for his role in popular film series about the criminal trio. The series included such films as Operation Y and Other Shurik’s Adventures and Kidnapping Caucassian Style.

His most popular films include comedies Brilliantovaia Ruka (Diamond Arm), 12 Stulyev (12 Chairs), Stariki-Razboiniki (Old Hooligans). He was also acclaimed for his roles in Andrey Tarkovsky’s Andrei Rublev and several films on the World War II themes (Sergei Bondarchuk’s They Were Fighting for Homeland, Aleksei German’s Twenty Days Without War).

All his life Yuri Nikulin was fond of funny stories, which he started collecting while serving the army; the hobby later resulted in the TV show The White Parrot Club («where celebrities would sit around a table telling jokes») and jest-books From Nikulin.

Reportedly, Nikulin’s «comic timing never faltered» even in old age and «he had no enemies and mixed with politicians from both the Soviet and post -Soviet eras.» He also reportedly was close to Moscow mayor Yuri Luzhkov and supported Boris Yeltsin’s re-election campaign.»

He was awarded the title of People’s Artist of the USSR in 1973, and of Hero of Socialist Labour in 1990. He had a number of state awards, including two Orders of Lenin.

Reportedly, Nikulin was one of the «best-loved men in Russia» and his death was mourned «not just by Russians but by tens of millions in the wider Russian-speaking world from Ukraine to Kazakhstan as the actor and comic who more than any other expressed the daily woes and laughter of the Soviet Everyman.»

As mentioned, Nikulin was succeeded in his office at the Moscow Circus on Tsvetnoy Boulevard by his son. There is a bronze monument to him in front of the circus, which now bears his name. He is buried in Novodevichy Cemetery in Moscow.